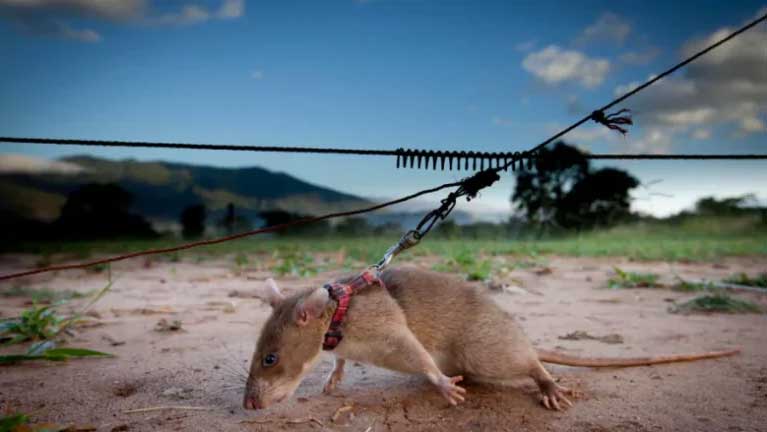 10 Giving Ideas to Capture Your Imagination

“RATS!!” It’s not an expression that most people associate with respect and charity, but my mind got changed about them in a whiff. I was channel clicking YouTube when I came across a fascinating documentary about a new way to address the aftershocks of war, using these furry little rodents.

Actually, these were rather large critters (“giant African pouched rat”), and they were being fully transformed into bomb-sniffing experts. Land mines continue to plague many communities in countries that war has devastated, and the hyper-sensitive noses of rats became highly useful for one charity. You can see that intense video here: https://www.youtube.com/watch?v=mTEnCXUKgrY. One rat has sniffed seventy-one landmines in Cambodia and earned his retirement.

Charities are interesting animals; they bring peace, they spread ideas, they make people well, they bring food and clothes, build houses, and build lives. Yes, there are negative effects from some as well, but for the most part, charities are charitable.

So when they ask for money, we might be interested, dis-interested, or disgusted. If we’re not positive about the request, sometimes it’s the charity’s reputation, their aggressive marketing, or the perceived waste that bothers us, but sometimes it’s just our own selfishness. We haven’t learned to give and find excuses to avoid it.

I’d suggest that when the charity’s interest lines up with our passions and activity, we are far more likely to be “interested”. Aligned giving occurs when you feel a little something of a tug in your gut. You can also imagine the effect of your giving. Upon acting, you are more inclined to think, “Wow, look what I helped to make happen!” A child is walking to school because of you, a woman is drawing clean water, a person has a New Life, an orphan a new home. Our focus is off the money and onto the effect of it, “Did you see how that life was changed for the better!?”

Maybe rats aren’t your thing and you feel a desire to engage but you haven’t really been excited about what you’ve come across so far. Well, besides great private causes, there are over 86,000 registered Canadian charities (sorry, no rats that I’m aware of). It’s time to “use your nose” to sniff out what’s in the environment, to find the prize and gain the subsequent reward of aligned giving.

How? Mostly, pay attention to what piques your attention. Did the landmine article interest you? Let’s look closer to home, and a quick web search finds that rats aren’t the only way. You could research the “Canadian Landmine Foundation”, or find out what Mennonite Central Committee has done. Lately, I’ve had an interest in well digging, and was encouraged to learn about a faith-based Canadian charity that is entirely volunteer driven and has a great model for engaging with the target community (it comes up in the search below).

Let me throw just a few ideas your way. If you have an interest, dive deeper, and you will be the one who is engaged. You may move from observer to partner and that’s just plain exciting.

Here’s the 10 ideas as a starter example based on interests you might have. On the right, are search words you can plug into a search engine. I’ve provided the link to Google and narrowed all to Canadian charities.

If you want to ensure that the charity reflects your worldview, you will want to include words which reflect your faith or cultural leaning (eg. Christian, Hindu, Mennonite, etc) or a specific location (eg. Saskatchewan).

So that’s a small start. Your interests may be entirely different than the above and may lead you in other exciting directions of discovery. And who knows, you may get an opportunity to get involved and experience joy in giving like you have never experienced before.